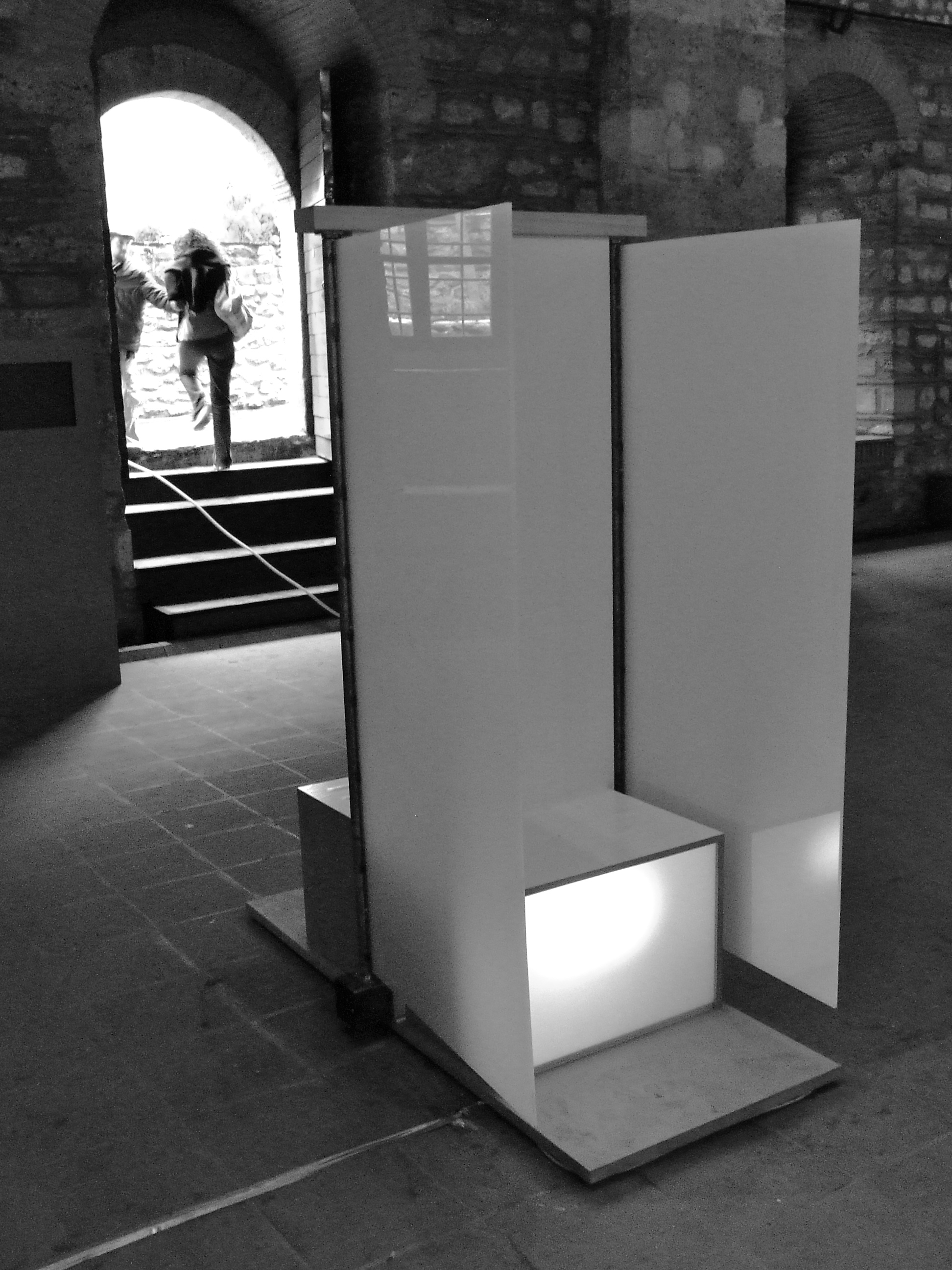 The opt in/opt out concept takes a critical viewpoint on private spaces in a public area. It highlights transformation and the apparent, however not always clear, lack of choice that exists in our private to public lives.
‍

Figure 1. 3D Model of concept - stages of movement
This idea was influenced by cultural elements of Turkish people and the use of public space amongst city streets; where the act of being private was not visible. In addition, it was observed that statues and sculptures present in the city were used as a public message board consisting of various messages and symbols displayed by engraving or using permanent markers; private messages are made public.
‍

Figure 2. Field research in Istanbul
Two seating areas have been placed back to back with one providing a private space for resting and conversing away from the public eye, the other public. The private space is defined by long and semi-transparent walls to allow light in, providing a private and comforting space. The lack of walls creates the public space, where the individual is visible to all that pass. If two individuals are seated, the concept will change the once private space, to public or public to private; dependent on where the second individual sits. This transformation is instant, intentional and highlights this lack of choice in individual privacy. In addition, over time it is perceived that the large smooth wall surfaces will be used as a form of displaying private messages publicly that can be viewed by all that by pass or use the concept.
‍
‍ 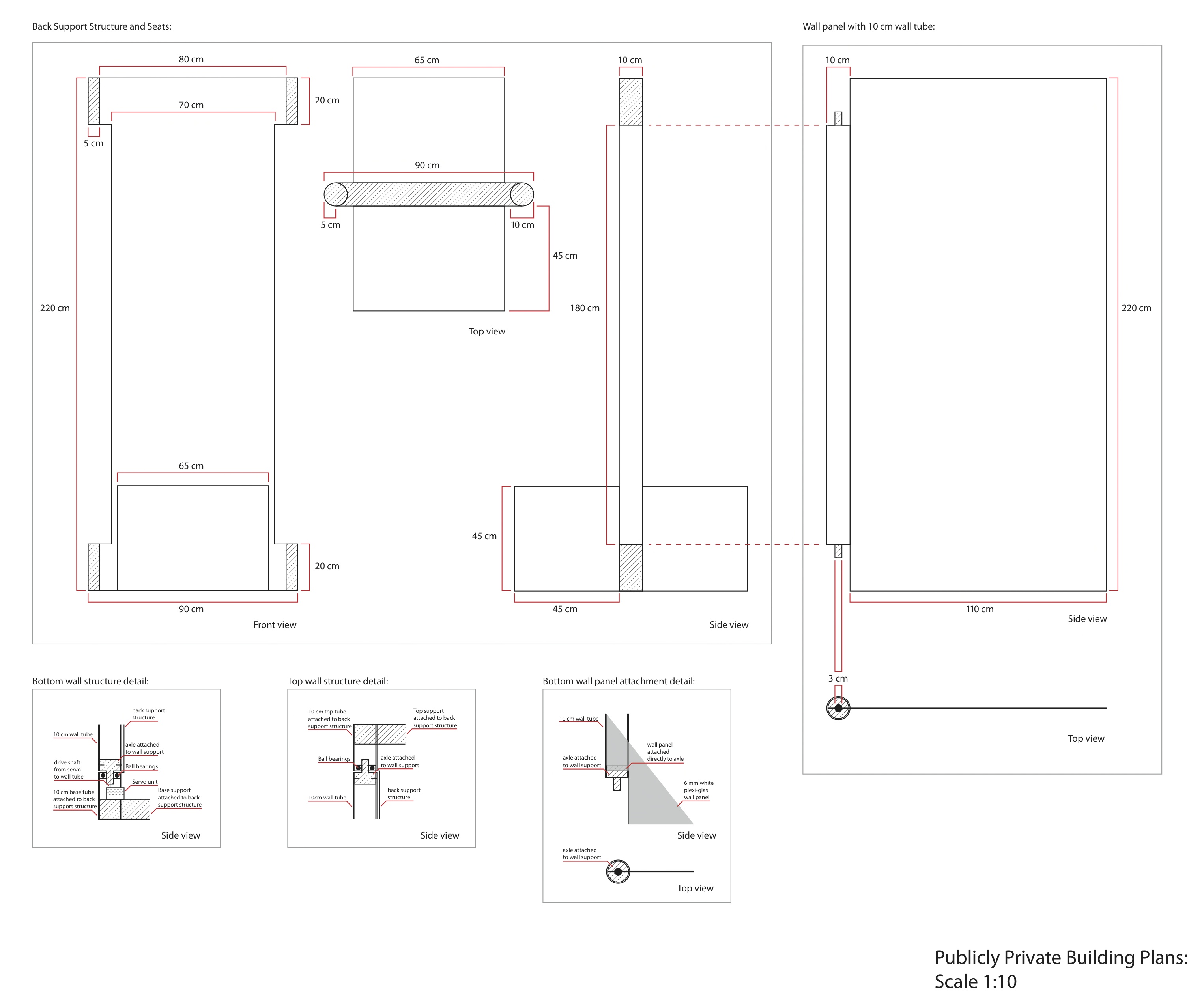